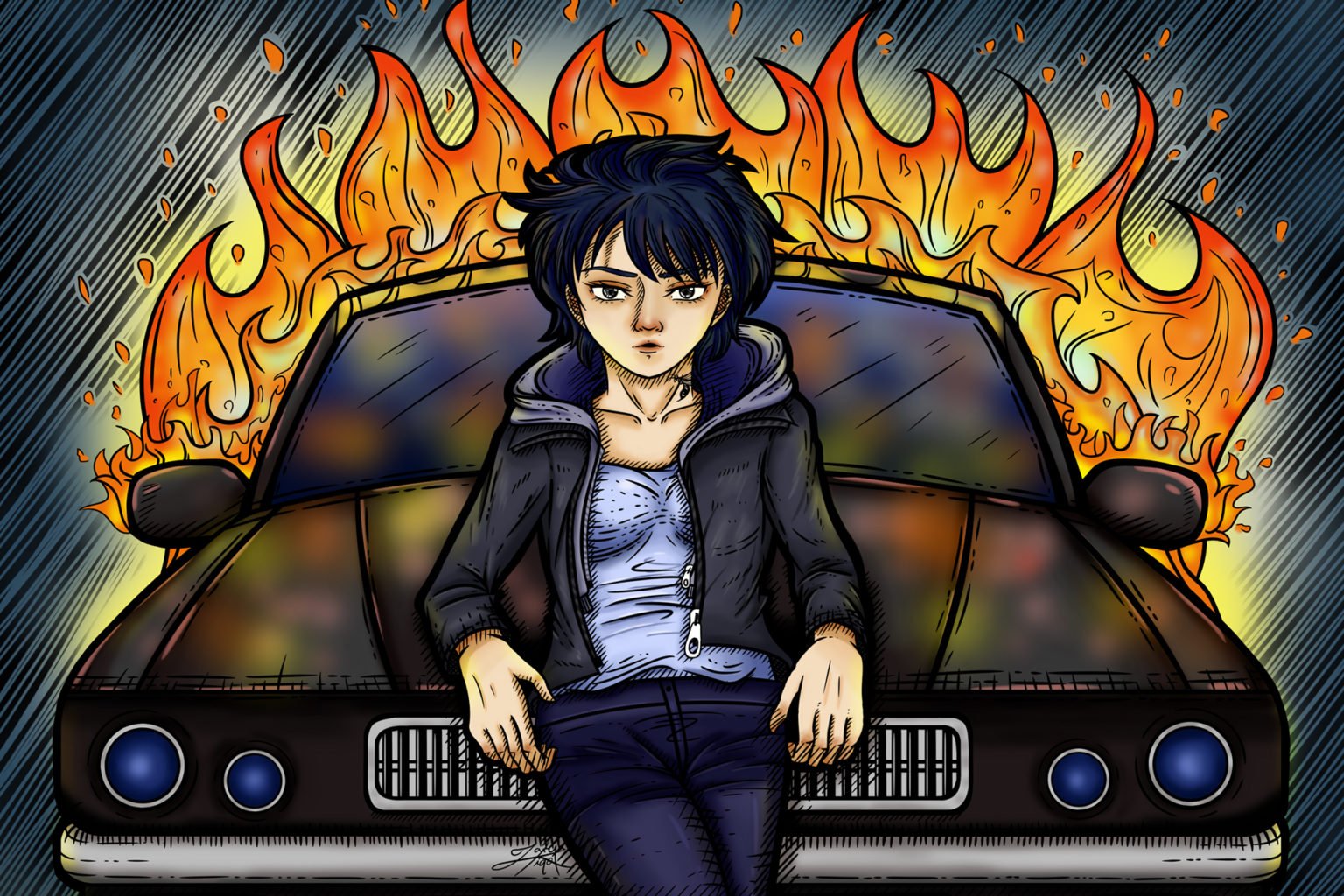 The Girl Who Played With Fire by Stieg Larsson

Synopsis:
Mikael Blomkvist has decided to run a story that will expose an extensive sex trafficking operation. On the eve of its publication, the two reporters responsible for the article are murdered, and the fingerprints found on the murder weapon belong to his friend, Lisbeth Salander.
Series: Millennium
Genre: Thriller
Available from: Amazon UK | Amazon US | Audible

An exceptional crime thriller draws the reader in, allowing them to piece the puzzle together, coming up with their own conclusions. On the other hand, some books still ask questions long after they’ve finished. This is the case with The Girl Who Played With Fire.

I’m not talking loose threads or plot holes, I mean asking questions that make you think about both the characters and yourself. As the first book made you question, ‘What happened to Harriet Vanger?’, this book makes you think, ‘What is all the Evil?’

This book is a follow on of the first in the Millenium series, The Girl With The Dragon Tattoo, adding to the main plot; drawing the main characters back together.

While we learn more about Lisbeth’s backstory; who she is, how she grew up, and how she ended up in a psychiatric ward aged twelve, we begin to develop a deeper understanding of the enigma that is Lisbeth Salander.

The book delves into her upbringing, exploring the traumatic effects that she both witnessed and receiving during her childhood. This type of abuse can have a huge effect on an already vulnerable child. These traumatic events build, causing Lisbeth to take action against her father, where she firebombs him in his car.

Family is another of the books focal points. When exploring deeper, we see that Salander’s loneliness often comes at the price of her actions. Now, there’s an argument that she has no choice, after all, she’s only looking out for others, but they have consequences all the same.

While on the topic of family, we learn of Lisbeth’s twin sister, Camilla, who hasn’t been seen since her seventeenth birthday and a half brother, Ronald. These matters only serve to add to Lisbeth’s already complex character.

Throughout, there is little mentions of Lisbeth and her Mother interacting in any way. Only the talk of her strokes, likely inflicted by the harsh beatings she took from her then-boyfriend, Zalachenko. This quote shows how much Lisbeth missed being around her Mother and how she hoped for more moments together.

Lisbeth’s past history comes into question in the present-day plot. Mikael Blomkvist tempts her back by discussing the efforts of two freelance journalists who are attempting to dig out and expose local pimps.

As somebody who’s suffered her own share of abuse, Lisbeth decides to do her own research into the matter, leading to human trafficking, government conspiracy cover-ups, and eventually her Father.

Lisbeth clearly lacks any academic education, as well as necessary social skills needed in day to day life. However, if you were to ask those who’ve worked with her closely; Mikael Blomkvist and Dragan Armansky, they would say otherwise.

How is it that a woman such as Salander, labelled a ‘retard’ and a risk to the public, can be so brilliant at what she does? Whether this is hacking computers, or reading up on complex mathematical equations and scientific studies.

What is it that makes her so great?

It could be her problem-solving skills. This is best shown when Lisbeth is given a Rubik’s cube aged nine. It takes her less than an hour to decipher it and work out its logical patterns. In a sense, she should be labelled as ‘gifted’. Nonetheless, society doesn’t always work that way.

In closing, I found The Girl Who Played With Fire to be an excellent addition to the series.

It builds upon the first book, as well as creating new and stimulating scenarios for our main characters.

Pleasure comes from reading a good mystery that allows the reader to occupy the same problems the character(s) face. This is the true sign of a connection made between the pages of fiction, and reality. When Lisbeth seeks the truth, as do I.

I highly recommend reading this book, especially if you’ve already enjoyed The Girl With The Dragon Tattoo.

The Redbreast by Jo Nesbø

The Girl With The Dragon Tattoo by Stieg Larsson

Before I Go To Sleep by S.J. Watson

Out by Natsuo Kirino

The Girl Who Kicked the Hornet’s Nest by Stieg Larsson

In the Dark by Loreth Anne White