The Outsider by Albert Camus 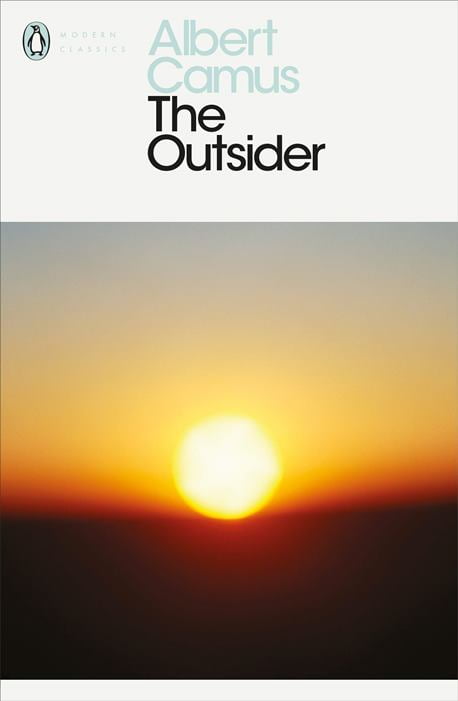 Synopsis:
L'Étranger is a 1942 novel by French author Albert Camus. Its theme and outlook are often cited as examples of Camus's philosophy of the absurd and existentialism, though Camus personally rejected the latter label.
Genre: Classics
Available from: Amazon UK | Amazon US

The story of an everyday man who’s drawn into the senseless murdering of another, and the questions this raises.

Meursault is a clerk who expresses little emotion and even less ambition. His attitude is very much along the lines of ‘why try when there’s nothing to change?’

When he contemplates the life around him, which includes a girlfriend he’ll marry only if she asks him, and an aggressive pimp who lives next door that wants him to write a letter on his behalf to his mistress – he’ll go along with what others say rather than commit to his own decisions.

First and foremost, this book is crime fiction.

It deals with murder, retribution and the impending sentencing that takes place hereafter. However, don’t expect gruesome CSI styled crime scenes like those found in The Bone Collector. This is a different animal entirely.

The Outsider also falls into the category of philosophical drama, much like Under The Net does. This was a common theme for popular French Literature around the ’40s (also see No Exit by Jean-Paul Sartre).

Meursault refuses to show any form of regret for his killing, something that is both jolting and intriguing at the same time. You see, he’s a complex character that offers little in the way of feeling.

Emotion is shown only at his constant irritation of the sun, which is a continuous motif throughout, always being too hot or too bright for him. Other than this, everything around him just sort of happens without much input or expression.

Countering, Meursault isn’t a full-blown psychopath like Norman Bateman or Lou Ford. He’s grounded in his philosophy of absurd truths and continually searching for ‘the truth’, even in death.

It’s this questioning that sets him apart from others.

Split into two parts; before and after the murder, the first feels slow and plodding, whereas the second part ramps up the intensity and is drastically more enjoyable.

The Outsider is often cited as being an example of Camus’ philosophy containing the absurd.

Common themes within absurdism are;

Furthermore, existentialism isn’t deemed to be a philosophical choice, but rather something that just is. For this reason, Meursault doesn’t choose these views; they are forced upon him because of his flawed personality.

I’d recommend this book to anybody who enjoys an excellent character study.

Meursault is a troubled individual who follows his own philosophy’s, daring to do what is necessary to seek the truth out of life.

The first half of the book is slow but the second half more than makes up for it.

No Exit by Jean-Paul Sartre

The Tenant by Roland Topor

Story of the Eye by Georges Bataille

History of Violence by Édouard Louis

The 120 Days of Sodom by Marquis de Sade

The Torture Garden by Octave Mirbeau